According to topschoolsintheusa, the first and largest political crisis in the history of Chile was caused by the dissolution of the Spanish Imperial State starting in 1808. This lasted until 1830, when a more or less definitive political order was established. Thus Chile ceased to be a colony and became an independent Republic that was beginning to organize.

The aspiration of autonomy from the Spanish Empire took a great step forward with the constitution of the First Governing Board, in September 1810. This movement, which originally raised the idea of defending the rights of the captive King, gradually led to a Revolution of Independence. It sought to cut ties with Spain and firmly establish the right of Chileans to govern themselves.

The junta created new military bodies, called for elections to a national congress, established freedom of trade and contact with the Junta of Buenos Aires. Under the presidency of Juan Martínez de Rozas, elections were called to form a National Congress, made up of 42 deputies.The Governing Board strengthened its power until July 4, 1811, when it ceased its functions to make way for the First Congress National chaired by Juan Antonio Ovalle.

The deputies who made up the Congress swore to obey King Ferdinand VII and protect the Catholic religion. They were grouped into three camps: the moderates, led by José Miguel Infante; the exalted, yearned to hasten independence and were led by Bernardo O’Higgins and Manuel de Salas; and the royalists, who only recognized the Cádiz Regency Council, opposing any measure. Discrepancies between the sides determined the military coup of September 4, led by José Miguel Carrera Verdugo, and whose objective was to change the composition of Congress. The Carrera government was characterized by its bold reforms, which aimed to pave the way for independence.

Those led by Bernardo O’Higgins and Manuel de Salas remained in the majority and appointed a new Governing Board, which created the Supreme Judicial Court, ordered the erection of cemeteries around the cities; created the province of Coquimbo; made official relations with the Board of Buenos Aires and granted the freedom of the womb (which declared the freedom of slaves born in Chile and prohibited the entry of new slaves).

During the Carrera government, the Creoles had their constitution, when the Constitutional Regulation of 1812 was issued, which left the Executive power in a Board of three members, and the Legislative in a Senate of seven members. He carried out other works among which are the decree that forced convents to create primary schools for boys and girls, the creation of the first national flag, which had three horizontal stripes of blue, white and yellow and the freedom of printing press, which was later changed by prior censorship.

The viceregal authorities of Lima, Peru, saw with concern the course of the events that occurred in Chile and in 1813 they decided to intervene militarily. They sent three consecutive military expeditions, commanded by Antonio Pareja, Gabino Gaínza and Mariano Osorio, managing to rejoin the country to the Monarchy, between 1814 and 1817, imposing the old regime and adopting a series of measures that tended to consolidate what had already been achieved.

However, in Mendoza, Bernardo O’Higgins and General José de San Martín worked tirelessly in the formation of the Army of the Andes, the military force that would achieve, on February 12, 1817, victory on the slope of Chacabuco. Of April 5 of 1818, arrived in Chile General Mariano Osorio and was about to achieve victory, but the revolutionaries were able to stop at the Battle of Maipu.

Later there was a period in which the country sought its best form of organization. To do this, they experimented with different political formulas but they were all a total failure, as were the constitutional and legal texts that gave them life. This is how the Moralist Constitution of Juan Egaña (1823) was promulgated ; the federal trial sponsored by José Miguel Infante ; and then the Liberal Constitution of 1828, the work of José Joaquín de Mora, was applied. Finally, in 1829 a revolution broke out led by conservative sectors, who were able to take power and impose the order that would later be enshrined in the Constitution of 1833. 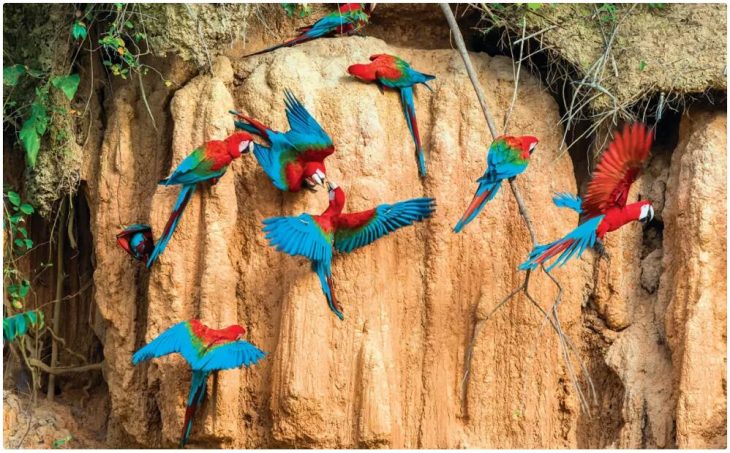