I did not send any luggage in advance, but came with a suitcase and one piece of hand luggage. These were included in the price of my Lufthansa flight.

Before I left Germany, I opened a free current account with a credit card at the DKB (http://www.dkb.de/privatkunden/dkb_cash/). In addition, I opened a free checking account with Bank of America in the USA. I then used my credit card to withdraw money from my German account for a fee of $ 2 a month at the ATM and deposited it into my American account. This way seems cumbersome, but it is much faster and cheaper than transferring the money directly from the account in Germany to the account in the USA!

Applying for a visa costs around € 300 and takes some time. The best way to find out what forms to fill out on the website of the American Embassy. I received the F-1 student visa. This visa can only be applied for after you have received confirmation of a place at the university in the USA, as you will only then receive the document “I-20”. The “I-20” not only plays a decisive role when applying for a visa, but should also always be at hand when entering or leaving the USA, as is a passport with a visa. After filling out all the forms and receiving the receipts for payment of the fees, an appointment for an interview must be arranged at one of the US embassies in Frankfurt, Berlin or Munich, depending on where you live. The personal interview at the embassy usually lasts around two hours, including all waiting times. The actual visa will then be sent by post within approx. 3 days.

At UCSB, one of the partner universities of MicroEDU, there is the opportunity as a “visiting student” as part of the “Open University Program”, which is administered by the UCSB Extension (2160 Kerr Hall, Santa Barbara, CA 93106-1110) to attend lectures for a maximum of one year. As soon as the places at UCSB were cleared for a course to start in autumn 2012, I sent my application to MicroEDU in mid-January, who checked the documents again for completeness and then sent them on to UCSB. For the application, a TOEFL result of at least 80 out of 120 points was required, as well as an overview of grades in English from the previous degree and a completed registration form, available on the MicroEDU website. Two weeks later I received the approval from UCSB.

3.2 Description of the study

The following list contains a selection of courses that I have taken at UCSB and that I can recommend to other students.
General Relativity: I took this subject two quarters (fall, winter) with Prof. Berenstein and then with Prof. Horowitz. It gives a comprehensive overview of the physics of general relativity and is one of the specialties of the UCSB. Prof. Horowitz in particular gave very good, clear lectures, was always available for questions and was able to explain very well in his answers. In both quarters, 50% of the grade consisted of weekly exercise sheets and 50% of a moderately difficult final exam.

Quantum Mechanics: I took this subject two quarters (winter, spring) with Prof. Fisher. Anyone who has already heard quantum mechanics in their bachelor’s degree can skip the fall quarter, as it starts again with the basics. The following two quarters correspond to an advanced quantum mechanics lecture at the master’s level. Prof. Fisher is a passionate physicist who can convey enthusiasm for his subject very well, but sometimes drifts away from the topic in the lectures. Nevertheless, every lecture was at least entertaining. The exercise sheets were very well presented with many instructive tasks and sometimes very difficult. In both quarters, the grade consisted of 100% exercise sheets.

Elementary Particle Physics: I took this subject in the Fall Quarter with Prof. Richman. He gave very good lectures and was always available for questions. He also tries very hard to ensure that his students get as much as possible from the lecture. The grade consisted of 10% participation, 40% homework and 50% a final exam.

Advanced Topics in Statistical Mechanics: I took this lecture with Prof. Ludwig during the Springquarters. He was distinguished by the fact that he was able to explain the material in a very detailed and understandable manner in the lecture and that he gave out exercise sheets designed to match the topics from the lecture. The grade consisted of 100% of the exercise sheets.

4.1 First steps and looking for an apartment

To look for an apartment, I arrived in Santa Barbara two weeks before the start of my studies and booked a bed at the AAE Santa Barbara Hostel for a week. The easiest way to find vacant apartments is via www.craigslist.com or in student forums. I generally do not recommend living in Santa Barbara, as the UCSB from Santa Barbara is about 20 km away and you have to rely on mediocre bus connections. Either you move to Isla Vista, a student town directly at the UCSB, or to Goleta, a suburb of Santa Barbara, which is also adjacent to the UCSB. The UCSB can be reached by bike from Isla Vista as well as from Goleta. For Europeans, the fact is quite unfamiliar that most Isla Vista students share bedrooms with other students in their apartments and still pay $ 500-700 a month in rent. Especially in Goleta there are also single rooms, which then cost $ 800 to $ 1100. Living at UCSB is therefore very expensive. I moved to Goleta for the first quarter and got my own room and bathroom with an older lady whose daughter had just moved out. At first it was wonderful because I learned a lot about American culture and the very helpful woman was the ideal contact person for questions and tips. Ultimately, however, student life does not take place in Goleta, but in Isla Vista, so that I felt a bit marginalized in the long run. That’s why I moved to a two bedroom apartment in Isla Vista for the Winter and Spring Quarter. I shared my bedroom with another German, whom I got to know well in the Fall Quarter, and two female students from Norway live in the other bedroom. The climate in the shared apartment is good and in retrospect, the move to Isla Vista was definitely the right decision.
In addition to the apartment, you should take care of a bike as soon as possible, because the UCSB has an excellent, well-used network of bike paths and all important places are close enough to be easily reached by bike. Should you ever need a car, for example to go shopping, I always found students who took me with them in their cars. In addition to the bicycle, all UCSB students can also use the local bus system free of charge. The travel times are considerable, even for short distances, because the buses stop very often and the system is not as well developed as the local transport systems known from Germany. That’s why I almost always used the bike.
I bought a so-called plan here for making phone calls. For $ 30 a month, I can write a total of 1500 SMS and call for minutes. Contracts are not suitable here, as you only get a term of at least two years. When making a phone call in the USA, it is important to note that you pay both when you call someone and when someone calls you. For communication to Germany I either used Skype or wrote emails.

In addition to studying, there are many ways to spend your free time at UCSB. For the Recreation Center you pay $ 60 in the quarter and get two very well-equipped fitness studios with an outdoor pool, climbing hall and gym. In addition to the recreation center, there is also the student-run excursion club. For $ 60 a year you can rent wetsuits and surfboards, kayaks, stand up paddle boards, etc., as well as attend numerous courses led by other students. I took this opportunity to try out surfing and kayaking and to get to know other students. In addition, there are numerous sports clubs at UCSB that take part in competitions with other universities in California. I joined the UCSB Alpine Race Team, which took part in ski races in Mammoth Mountain on five weekends in the Winter Quarter. For each placement in the race there is a certain number of points and at the end of the day it is determined which team is the overall winner. For me it was a very good opportunity to use my many years of experience in skiing to make my contribution to the very successful performance of the UCSB Alpine Race Team.

I can definitely recommend studying in the USA. I was able to take part in many very instructive lectures and have all my achievements in Munich recognized. Nevertheless, I still had time to get to know many Americans and their culture as well as students from all over the world. 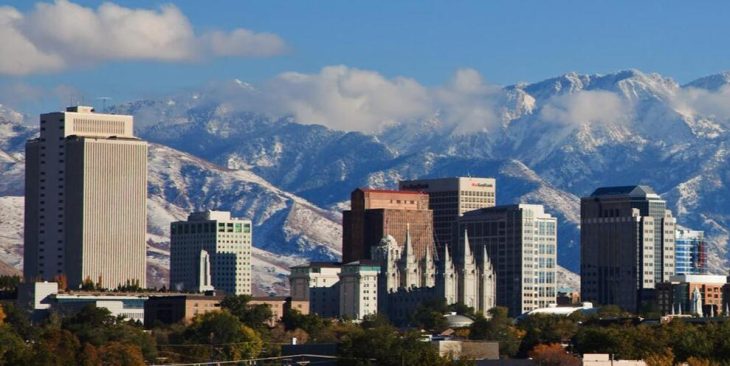