From first settlement to land grabbing

The Greek navigator Pytheas from Massalia reached Iceland probably around 330 BC. Chr. (“Ultima Thule”). According to the report of the Irish monk Dicuil, hermit monks had been on the island since the end of the 8th century at the latest, mostly only during the summer.

The final settlement, which began in 870/874 with the conquest of the Norwegian Ingólfur Árnason, was already completed after about 60 years, according to Íslendingabók.

Origin and development of the Free State

In 930, according to globalsciencellc, the settlers established a parliament that was responsible for the entire island, the Althing on Thingvellir in southwest Iceland. It met for two weeks in June. All free men with a certain minimum wealth had access to the Althing. Politically influential, however, was above all the class of the large peasant “chiefs”, the Goden. The Chamber of Laws (Lögrétta) was made up of its representatives and the judiciary (Lögsögumaðr) as its chairman came from among its members.

The judge was the head of the Althing and had v. a. the task of presenting the applicable law to the Thing Assembly and advising it on legal issues. In addition to the four courts convened in 960 in the regional districts, the Althing had a “Fifth Court” attached to it, a kind of appellate court.

The Icelandic Free State (960-1262) presented itself as an oligarchically ruled peasant aristocratic republic that knew no executive power. This gave rise to numerous internal difficulties and legal disputes, which were reflected in the extensive collections of laws (Grágás) and the narratives of the Icelandic sagas.

At the decision of the Althing (and at the instigation of the influential Christian minority), Christianity was introduced nationwide in 999/1000. The dioceses of Skálholt (1056) and Hólar (1106) were under the Norwegian Archdiocese of Trondheim. The recording of the law began in 1117/18.

From the end of the 10th century Icelanders embarked on extensive sea voyages, founded settlements in South Greenland in 985/986 under the leadership of Erich the Red, and from here they reached the coast of North America with their ships (Leif Eriksson around 1000).

In the 13th century, internal power struggles led to civil war-like clashes in Iceland (“Sturlungszeit”), in which the Norwegian king actively participated through Icelandic partisans and feudal people. During this time the work of the important statesman and poet Snorri Sturluson fell.

Under Norwegian and Danish rule

Not least because of the dependence on Norwegian grain deliveries, the Icelanders had to accept the sovereignty of the Norwegian king in a contract (Gamli sáttmáli) in 1262. With the introduction of Norwegian law tailored to Icelandic conditions (Jónsbók, 1281), the king finally took over executive and judicial power. The office of the judiciary was abolished, the Althing was made an organ of royal administration of justice and the Goden were replaced by royal officials. Under the influence of the emerging Hanseatic trade, which the Norwegian crown increasingly sought to control, the shift from cattle (cloth, wool exports) to fishing began around 1300.

From 1380 Iceland belonged to the Danish crown. Despite natural disasters and epidemics (including 1402-04 and 1494), the economic situation was favorable during this period. Icelanders enjoyed a variety of privileges until the Reformation was introduced. They traded with the Hanseatic and English merchants, who headed for Iceland directly between around 1400 and 1540.

1537 was by a church law of the Danish King Christian III. the Reformation introduced and enforced by force against strong opposition; including 1550 execution of the bishop of Hólar Jón Arason (* 1484) and two of his sons. The extensive church property was confiscated. Danes took the place of most public officials. After the legislative rights of the Althing had been severely restricted in 1662, it was abolished in 1800.

To ward off the English and v. a. the increasing strength of German direct trade with Iceland, the Danish krone took increasingly restrictive trade policy measures and finally introduced a Danish monopoly of Icelandic trade in 1602. The monopoly era brought about economic, demographic and cultural decline. This accelerated after a smallpox epidemic at the beginning of the 18th century and the catastrophic volcanic eruption of the Laki Fissure (1783/84), as a result of which more than a fifth of the population died of starvation. From 1786 the trade monopoly was gradually loosened and lifted in 1854.

The 19th century was marked by the struggle for national independence. After Norway separated from Denmark (1814), Iceland remained with Denmark. Under the leadership of Jón Sigurdsson (* 1811, † 1879), efforts for a constitution and autonomy intensified. In 1843 the Althing was reinstated as a consultative assembly. In 1874 Denmark granted Iceland a single constitution that guaranteed administrative autonomy and control over national finances. Iceland was under the control of Denmark. The executive power lay with a governor who was subordinate to the Danish Reichstag. It was not until 1903 that Reykjavík became the official seat of the Danish Ministry of Icelandic Affairs (before that it was Copenhagen). The inauguration of the Icelandic Hannes Hafstein (* 1861, † 1922) as Minister for this department in 1904 initiated the self-government of Iceland.

In the Union Treaty of December 1, 1918, Denmark recognized Iceland’s independence and the country became an independent kingdom. Christian X. was king of both countries in personal union. After the occupation of Denmark by the German Wehrmacht (April 9, 1940), British troops occupied the island in May 1940 and American troops in July 1941 (establishment of the Keflavík military base).

The unilateral expansion of the fishing border by Iceland (1975 to 200 nautical miles) has repeatedly led to fishing conflicts (the so-called »Cod Wars«) since 1952, especially in 1972/73 and 1975/76 with Great Britain, Denmark and the Federal Republic of Germany (including collisions between Icelandic fishing protection boats in particular with German and British fishing fleets). In February 1976 diplomatic relations with Great Britain were temporarily broken off; in June 1976 the dispute was resolved in an interim agreement). 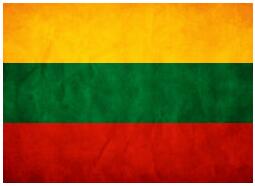