Armenia was hit by a number of significant shocks in 2020 – both the coronavirus pandemic and the armed conflict over the Nagorno-Karabakh region (September-November 2020). Armenia’s already struggling economy saw a 7.6% decline as a result.

During the first wave of the pandemic in the spring of 2020, Armenia was significantly affected and ranked first in the rate of spread of the infection; the autumn wave then took place in parallel with the ongoing war, which made it even stronger.

In response, the government increased spending on health care, but it also had to deal with the effects of the war. She managed to secure her financial needs, among other things, thanks to loans and grants from the International Monetary Fund, the World Bank and the European Union.

Due to the very limited progress in vaccination against the coronavirus so far – Armenia only started vaccinating in March 2021 and only has a limited amount of doses – it can be expected that the problematic situation will persist even after the pandemic has already subsided in many countries of the world.

In the spring of 2020, the Armenian government decided to close a number of industries, including retail and services, during which time it paid compensation to affected companies. In total, the government planned to inject about USD 300 million into the economy as part of the program to mitigate the effects of covid-19. The first part, amounting to about USD 50 million, was intended for the payment of wages, payment of taxes and advances, payment of agricultural interest or purchase of materials.

Another part in the amount of USD 161 million was intended for investments in innovation and restructuring of the economy. The rest was made up of social spending (about USD 61 million) and the reserve (USD 40 million). There was no further major shutdown during the fall wave, and most of the economy remained open without restrictions.

However, Q4 2020 results were particularly poor due to the ongoing armed conflict. Fitch downgraded the country’s credit rating from BB– to B+ in October 2020 due to poor macroeconomic prospects and a number of risks. Persistent international political and security problems (despite the end of the hot phase of the conflict, the complete closure of the borders with neighboring Turkey and Azerbaijan continues) will continue to negatively affect not only trade, but also the level of foreign investment.

According to allcountrylist, waste management and waste management in general represent one of the biggest challenges for Armenia in the long term. According to estimates, about 650,000 tons of unsorted solid waste is generated annually in the country. The amount of waste produced is likely to increase as a result of the coronavirus pandemic.

Municipal waste collection is at a relatively poor level due to outdated technology, sorting and recycling is practically non-existent at the national or regional level. With perhaps the exception of the capital city, waste collection companies do not have modern equipment or vehicles. Even in Yerevan, however, there is a problem with waste sorting (only a few places have containers for plastic bottles, otherwise sorting is minimal or not at all). Almost all municipal waste is landfilled.

There are 340 landfills throughout the country, none of which meet hygienic and sanitary standards. In addition, hazardous waste often ends up in municipal waste, which then further contaminates the surrounding environment. Similarly, wastewater often enters waterways.

The Government of Armenia is therefore trying to improve the situation and improve the quality of waste management, through legislative changes, involvement of other municipalities in the waste collection system, support for projects focused on waste collection, as well as inventorying existing landfills and closing some of them.

Overall, the industry represents an opportunity for Czech companies as well, which can offer technologies for waste sorting plants, more efficient production of packaging and their recycling, cleaning and decontamination of waste water, and the like. You can also collaborate on one of the ongoing projects.

Next to the existing landfill in the Nubarašen locality, a new landfill meeting all relevant standards should be built. Two other large landfill construction projects are underway with the support of the EBRD and the EU in the provinces of Kotayk and Gegharkunik.

The Armenian market for medical supplies and medicines is relatively diverse. The local health department does not fully cover all procedures or medications, so people have to invest in these items (often over-the-counter medications, or various food supplements, vitamins, and immune boosters) themselves.

In recent years, the rules have been harmonized with other countries of the so-called Eurasian Union (EAEU), so similar regulations apply to, for example, Russia or Belarus. Medicines are mostly imported from European countries, the USA and Russia, around 30 companies are involved in the import. Armenian exports go mainly to CIS countries and Georgia.

Medicines produced in EAEU countries are usually cheaper than comparable products from EU countries (due to lower costs and customs duties). Opportunities for Czech companies are therefore primarily in high-quality, effective, modern and innovative medicines, medical equipment, technology and equipment. This is, for example, equipment for medical diagnostics (ultrasound scanners, magnetic resonance devices and others).

Due to the slow progress of vaccination, it can be expected that the demand for lung ventilators, oxygen machines and other devices and equipment used in the treatment of covid-19 will continue in Armenia. In addition to the pandemic, the recent armed conflict has also increased the demand for pharmaceuticals, health products and medical services.

Agriculture continues to be one of the key sectors of the Armenian economy, employing 36.3% of the economically active population. In 2021, USD 65 million is allocated to support agriculture, the goal of state support is to increase productivity, income and competitiveness. The program will focus, among other things, on planting orchards, drip irrigation and risk insurance.

Domestic production is not yet able to fully satisfy the demand for a number of foods that are imported. These are often basic products such as wheat or oil. Food certification and import of agricultural products are now governed by rules within the Eurasian Union (EAEU).

Some food technologies that would help improve the quality and safety of food are not available here, which represents an opportunity for Czech companies (e.g. milk from local production is only available fresh; shelf-stable milk is imported to Armenia from relatively distant foreign countries such as Ukraine or Belarus ). There is also a growing demand for technologies for greenhouses (especially small and medium) and for cattle.

The sector of sustainable agriculture, the production of bio and organic food, the processing of fruit and vegetables and their packaging, where Czech companies can offer their experience and know-how, also represents an opportunity for development.

The demand for fertilizers will probably also increase, especially the higher quality and more expensive ones, which are not yet so easily available (fertilizers are now mainly imported to the Armenian market from Russia, Georgia and Iran). Consulting services in the field of agriculture (veterinary field) or food safety (food quality, etc.) could be an interesting area for cooperation. 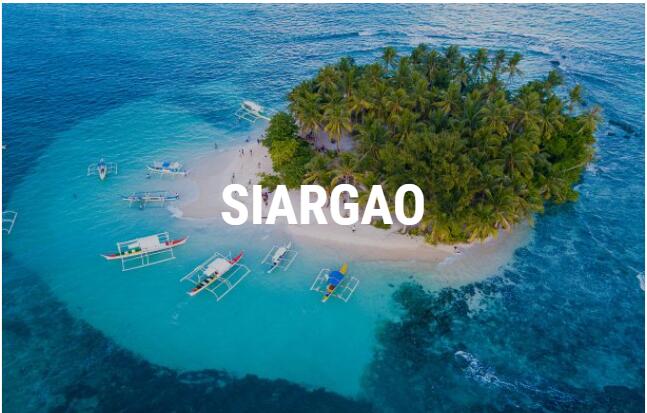